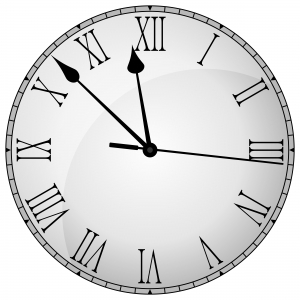 I am just as sure, however, that my younger self would have looked at the current me and thought, “When I am a mother, I will do things differently.”  I will easily birth and raise four kids without missing a beat, instead of realizing that two is all I can handle.  I will not let my son carry a blankie and suck his thumb when he’s five years old.  I will take a proper shower in the morning and get dressed in “normal people” clothes, instead of considering dry shampoo and deodorant to be an adequate daily cleansing.  My children will be clean and well-dressed, instead of going out in public with dried snot and marker covering their adorable little faces.  I will not lose myself and my identity to the role of “mom.”

Regardless of different expectations and goals at various stages in my life, the fact is that we are different people at different times in our lives, with each version being equally necessary to the survival and fulfillment of the whole person.  We grow and learn.  We realize that we are capable of so much more than we ever thought when we are actually confronted with a difficult situation.  And we realize that our ideals and visions for the future must change, grow, and evolve.

I like to think that ultimately the younger and older versions of me would be friends, despite wholly dissimilar personalities and lifestyles.  I like to think that my younger self could learn something about patience, flexibility, and open-mindedness from the current me; and I know that the current me could certainly learn something about laughter, confidence, self-worth, and silliness from my younger self.

Maybe I’ll call her up and we can go out for a drink tonight.

Spring Cleaning for the Soul