For one, I’m exhausted.

And my coffee supply is running low.

Also, I have actual paying writing work that I should be doing.

Did I mention I’m exhausted?

Oh, and I’m in the middle of a really good book and want to get back to reading.

But the real reason I don’t want to write this?

It isn’t because I’m almost out of coffee or because I have other work to do or because I am bone-crushingly exhausted.

It’s because I’m scared. I’m scared to write, to think too much, to feel too much.

I’ve been talking to a good friend about writing a lot lately. She is not a writer by trade, so it is somewhat rare – and refreshing – to talk about writing with her. Put it out there; get the ideas down, she told me she read somewhere. Sort things out later; sort them out along the way.

Or hide in the closet, I want to add.

But if there is one thing that I know to be true about writing – and life, for that matter – it is that you must be bravely authentic. You must be willing to be exposed, gutted, and flooded over and over again. You must be risky and brazen and bold. You must be in a perpetual state of reaching out and letting go and holding on. (Okay, so that’s really more like a dozen things, but you get the point.) Writing – and life – is best enjoyed when approached in a wide open kind of way.

I’ve been stuck and scared, playing it safe. I’m paralyzed by the What Comes Next dilemma now that my book is out in the world. I’m terrified that this, right here, might be the pinnacle of my writing career instead of the début. I scared of letting people down and losing readers. I’m tired of feeling like I’m on the outside looking in. And my head hurts from banging it against a wall of never-ending-have-no-answer questions, like should I focus more on marketing or try to get some speaking gigs? Should I blog more or should I – gasp! – start writing another book?

I’ve been stuck and scared, playing it safe. And I’ve been hiding.

For some people, hiding might mean inaction, avoidance, or sitting on the couch and binge watching Scandal.

For me, hiding means busyness.

It’s terrifying to write about the things that I have a hard enough time thinking and feeling, much less trying to put those thoughts and feelings into some kind of coherent structure to be read and reviewed and evaluated. It’s hard enough to bear witness to my friend’s pain as she faces down cancer (or as I call it, Fucking Cancer), much less write about it. It’s hard enough to make it through a Big Long Exhausting Day without (excessively) yelling at the kids, much less write about the way that absolutely everyone – my parents, my kids, me – seems to be growing up and away too quickly. So I write about this or that, I make plans and write to-do lists. I stay busy. I hide.

But I suppose, eventually, we all reach a breaking point. At some point, we put our hands in the air and say Enough! At some point, the hiding becomes too big a burden and the wide-open-way feels just a little bit lighter.

Because in addition to that one-but-not-really-one-thing I said I’ve learned about writing and life, I have also learned this: As soon as you face down that Big Scary Thing that you were hiding from all that time, suddenly – poof! – it becomes a whole lot less scary.

Put it out there, my dear friend recommends. Sort it out along the way.

I have no advice, no words of wisdom. This is just me, writing about the things that I’m scared to write about without actually writing about them. Not yet, at least. But I’m sorting it out. I’m putting something out there. I’m acknowledging my intentions to be bravely authentic, to let myself be exposed and gutted and flooded, to be risky and brazen and bold, to live in a perpetual state of reaching out and letting go and holding on, to live in a wide open kind of way.

I mean, we only have this one life; isn’t a wide open, scared-but-doing-it-anyway the only way to live? 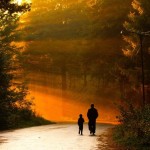 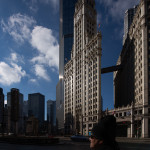 The Dreamy Dreams Path to the Next Big Thing

A Foggy Street or a Sandy Island