When I first started this website four years ago, I didn’t have a clue what I was doing.

Truthfully, I’m not sure that I’m any closer to knowing what I’m doing today than I was back then. But whatever.

I knew I wanted to write. But about what?

Over the years, my writing has evolved. I’m writing less and less in this space – though I’m writing more than ever in other places and other ways. Yet that need to feel connected, to feel heard and understood, is no less than it was all those years ago.

Though I had a loving husband and a supportive family and caring friends, there were many afternoons when I would put my son down for a nap and collapse on the couch near tears. There were many times when I felt like I was standing in the middle of the street, waving my arms and screaming for someone to notice that I was standing there inside a misty fog.

So is adulting, quite frankly.

Write what you know, they say. So I suppose I wrote about feeling like I didn’t know anything.

These days writing about parenting is much more comfortable terrain. Perhaps because, after ten years as a parent, I finally feel like I’m settling into the role of mother. Not that I know what I’m doing. Heaven’s no, that’s not the case. But I suppose I feel more comfortable with I-don’t-know-what-I’m-doing feeling now.

Parenting also seems to be a metaphor for life in general, an up-close-and-personal diorama of the human experience. This is not to say parenting is the only way to experience the full scope of humanity, nor is it to say that parenting is essential to a full and complete life. In fact, it is quite the opposite in my opinion.

What I do think, however, is that, for me, parenting has been the lens through which I have been able to take a closer look at my own life, my connections to others, and my place in the world as a whole.

We all have a need to feel seen, heard, and understand. And I suspect that most of us, at some point, have felt like we’re standing alone in the street, waving our arms and screaming, hoping that someone will notice us.

But if I have learned anything on this parenting journey — heck, on this life journey — it is that these worries come with the territory, that no one has all the answers, and we’re never alone.

So on the off-chance that you had one of those days or one of those nights and you feel like you’re on your own Island of I Don’t Know What the Hell I’m Doing, know that I’m over here flailing my arms, waving, and calling your name from my Island. You’re not alone. I’ll paddle over in my boat. We can dip our toes in sandy beach water together.

And that Facebook post pretty much sums up what writing here, with all of you, has been to me: a sandy beach on our islands of I Don’t Know What the Hell I’m Doing.

We might not have a clue what we’re doing. We might get sand in our swim suit bottoms, and the sun might burn our shoulders. But the water is cool, the sand is warm, and the company is great. And it doesn’t get much better than that.

What helps you feel connected, and less alone?

This post is part of the weekly Photo Inspiration Challenge with Angie McMonigal Photography. The premise is simple: Angie sends me a couple of photos and I write a blog post based on one of the photos. Not only have Angie’s photos served as inspiration for several blog posts over the past few years, but they have also inspired certain chapters in Open Boxes and we will soon be publishing a coffee table book of our collaborative work. Stay tuned! 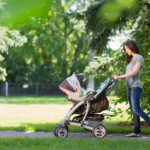 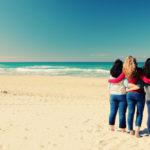