We all know that Monday mornings are hard. Mondays are about gritting our teeth and showing up.

But you know what comes in a close second to Monday mornings? Thursday nights.

Come Thursday night, I’m in hang-onto-your-hat, anything-goes survival mode. Exhausted from a busy day and a full week, our whole family is a little rough around the edges and it sometimes feels like we’re crawling toward the finish line. As a result, dinner time fights, tantrums, and time-outs (including my own) are a fairly regular occurrence on Thursday nights, and last night was no exception.

I’m not even sure what started it all. I think it had something to do with Jackson drinking some of Teddy’s chocolate milk. Or maybe he ate a couple of Teddy’s Cheetos. (Yes, yes, I know. Cheetos are like the devil, but there were some “healthy” things on their dinner plates too, and like I said, sometimes we’re crawling toward the finish line and good enough is good enough.)

Whether it was the chocolate milk or the Cheetos or some other minor infraction, things quickly escalated. Nasty words were exchanged. They poked at each other. And then Teddy grabbed a picture he had drawn for Jackson earlier in the day, crumpled it up, and threw it in the garbage.

“There you go, Jackson,” Teddy sneered. “I just threw your picture in the garbage. How do you like that?”

I’m not sure that Jackson cared all that much, except then he decided it was the time to take a stand for the environment and lecture Teddy on the virtues of not wasting paper.

“Do you know that you’re destroying the environment by throwing that paper in the garbage? Way to go, Teddy. How does it feel to be responsible for killing the Earth?”Jackson retorted. (Clearly, he’s got the sarcastic-passive-aggressive-guilt-trip thing down.)

Teddy retorted. Jackson snipped back. I sighed heavily, which is what I do when I’m trying not to lose my shit.

“Can’t we just forget it and move on?” I pleaded

Eventually Teddy was in tears, about what I’m not exactly sure. The chocolate milk? Doubtful. Jackson’s sarcastic comments? Maybe. Because it’s Thursday night and life is hard and exhausting and unfair sometimes? Definitely.

“Geez, Jackson, geez,” was all Teddy kept saying, which I’m pretty sure translates to “Goddammit! What the f*ck! Can’t I catch a freaking break! Why’d you have to drink my f*cking chocolate milk? I don’t care if Mom can get me more chocolate milk, why is everything so damn hard? Why does it seem like the odds are stacked against me? What the F*CK!”

You know, all the things that we adults feel like screaming (or do actually scream) from time to time.

And through his tears, Teddy sputtered, “It’s okay.”

We all ate in silence. A few minutes later, Teddy got up and walked into the kitchen. He came back with a crumpled, ripped, and dirty piece of paper – the heart drawing that he had made for Jackson and then thrown in the garbage in his anger.

I sighed again and told them that I was happy they worked it out.

Later, when I was cleaning up after dinner, I noticed that the heart drawing was back in the garbage again. Ohmigosh, these two are worse than the Housewives of New Jersey, I thought.

“Who threw this in the garbage again?” I asked.

From upstairs, Teddy called to me. When I found him, he was sitting at the desk, carefully drawing rows and rows of hearts.

“I threw it in the garbage because it was ripped and crumbled and dirty so I’m making a new one.”

A few minutes later, Teddy came downstairs with his new drawing. He gave it to Jackson, who praised him for his good work. They hugged. I sighed and took a picture. Because that’s what you do when your heart swells two sizes and you don’t know what to say and you’re trying not to cry.

As much as I like to think that I’m teaching my kids, one of the biggest surprises of parenthood is just how much I learn from them on a constant basis and when I least expect it. I learn about things like apologies and forgiveness, about loving someone imperfectly but whole-heartedly, about the power of friendship and the complexity of family and how sometimes the two overlap.

Sometimes life is unfair and exhausting. Sometimes it feels like the odds are stacked against us, like everyone has it better and easier, like everyone has more chocolate milk and Cheetos than us. Some days are hard, just because they are; some days are like Monday mornings or Thursday nights. But my kids are teaching me that more often than not a disagreement can be solved with a good, old fashioned apology. That’s it. A simple, “I’m sorry.” And I am learning that we can choose to accept the apology, let it go – really let it go – and move on. We can pull the crumpled up heart drawing out of the garbage or make a new one.

I am learning that life comes with a big learning curve and it’s okay to be sad and angry and hurt, but at a certain point holding on to feelings of sadness and anger and hurt becomes a big waste of time. Children are the epitome of a bold love that lives and breathes out in the open, and I am constantly amazed at their propensity for hope, humility, and forgiveness.

But, for the love of all things holy, people, just keep your hands off the chocolate milk and Cheetos. Especially on Thursday nights. 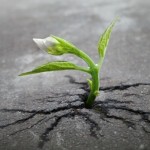 Movement or Stillness, Destruction or Growth? 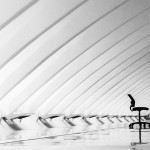 How to Do Just About Anything