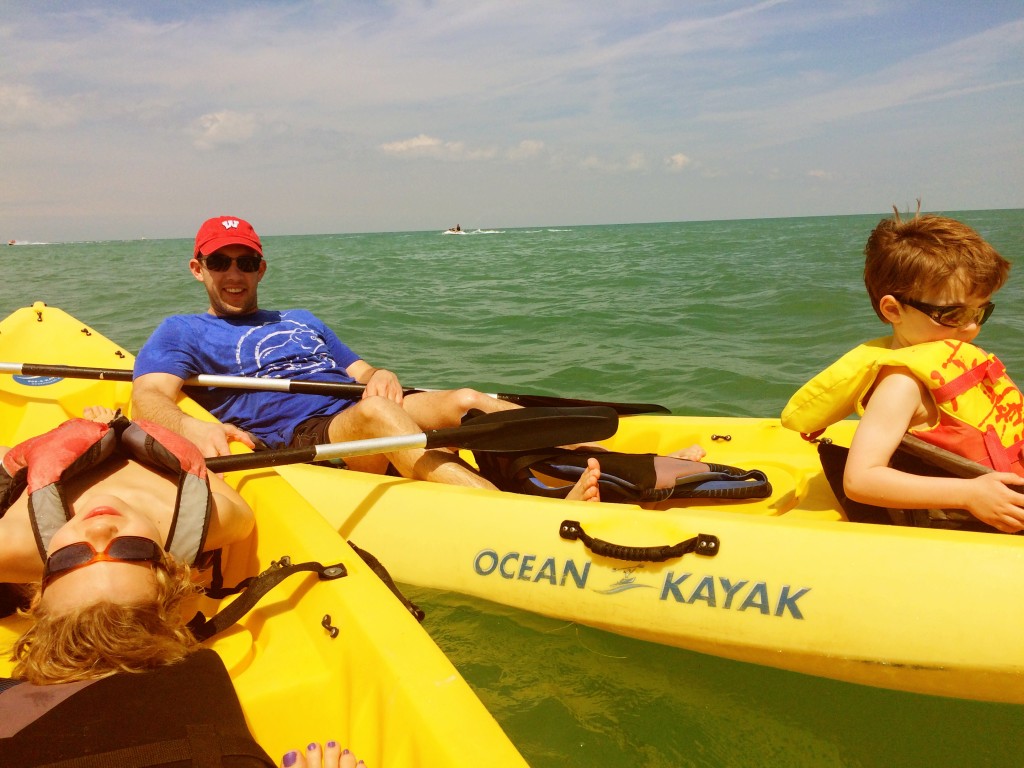 You do not have to be good.
You do not have to walk on your knees
For a hundred miles through the desert, repenting.
You only have to let the soft animal of your body
love what it loves.
— Mary Oliver, from “Wild Geese”

In March, our family went to Florida. Let’s just say that it was a “vacation” that we will not soon forget. In between cleaning up vomit due to Teddy’s stomach virus and making last minute trips to Walgreens for all the things we forgot, we decided to try kayaking.

It was a somewhat windy day so Matt took Teddy and I went with Jack in the hopes that he might be able to help paddle a bit. We had rented the kayaks for an hour, which had seemed reasonable at the time, but it didn’t take long to realize that the one hour rental was about 60 minutes too long.

For the first 45 minutes, Jackson whined, moaned, and begged to go back to shore. I can’t do it! We’re drifting out to sea! I can’t do it! I wanna go back! I can’t do it! More than once, he threw his paddle down in frustration and it nearly fell into the ocean.

I tried to be positive. Look, we’re making progress! We aren’t drifting out to sea after all. I tried to be a good cheerleader. You’re doing great! You can do it! I tried to be gentle and understanding. I know you’re frustrated, but be patient with yourself.

“Jackson, I know how you feel,” I said. “The first time I went kayaking, I couldn’t do it either. I threw my paddle down and Aunt Carrie had to do all the hard work.”

“Really? Aunt Carrie could do it and you couldn’t? She was stronger than you even though she’s younger than you?” he said with a slight chuckle.

“Really. Aunt Carrie is very strong and I wasn’t good at all. It made me really mad to have to try so hard to make such little progress – and it was kind of embarrassing to be so much worse than her at it – so I just gave up. But you know what? It’s kind of fun to be bad at things and do them anyway. Like bowling. I’m horrible at bowling, but it’s still kind of fun.”

He didn’t say anything and we paddled for a few minutes in silence (well, I paddled and Jackson occasionally dipped his oar in the water) before Matt and Teddy’s kayak strode up beside us.

Nonetheless, we paddled on for a little while longer, turned around, and headed back to shore. At some point, Jackson started paddling a little more and complaining a little less, and when we were nearly ashore, he said, “You know, kayaking is kind of fun.”

I wish I could say it had been my pep talk that changed his mind, but I know that it wasn’t. More likely than not, his mood and efforts were boosted by the fact that, once we turned around, we were moving with the wind, instead of against it, and with each stroke we were moving closer to shore rather than farther away.

But maybe knowing that I struggled, too, helped just a little. Maybe?

Deep down, I think we are all sometimes scared that we’re alone in our struggle, that we’re the only one who can’t do this thing (whatever it is) well, that everyone else has it so much better and easier than us. In other words, we’re pissed that it is so goddamn hard to paddle the freaking kayak.

Most days, I wonder if I might be drifting out to sea. I feel like quitting on a regular basis, and fear that I’m just wasting my time. I have received – and continue to receive – far more rejections than I can count. For each blog post that gets a fair number of likes or shares, I write a handful more that get little or no attention. Books sales go up one day only to tumble back down the next day and the next and the next. And each time I’m greeted by a blank screen on my laptop, I worry I won’t have anything worthwhile to say, whether anyone will read what I write, and if the writing is atrocious at worst, mediocre at best.

Yet something calls me back to this space, something brings me into the blank screen and before I know it there are words where before there was only nothingness. Something whispers, maybe – just maybe – someone will feel a little better, a little less alone after reading this. And you know what? That has proven to be true every single time, even if that “someone” is only me and even if the connection exists only on a personal level.

And even more than that, there is a certain power in doing something badly. It’s kind of like giving the middle finger to our inner critic and all those forces telling us we aren’t good enough. For instance, in addition to being a pretty bad bowler and kayaker, I am also a horrendous singer. And yet, I wonder if my soul didn’t get that message or if I might have been an American Idol contestant in a previous life, because sometimes I can actually see myself standing on stage belting out a Broadway showtune or something from the Glee soundtrack. But alas, I am a horrible singer and always will be.

And yet, a few weeks ago while I was driving in the car with the boys, Teddy asked why I wasn’t singing.

“What do you mean?” I asked, genuinely confused.

“You always sing in the car,” he said. I thought for a minute. He was right; I do sing in the car most of the time. And I love that he noticed that. He didn’t care whether I was bad – off-key and too loud, with mixed-up lyrics – only that I sing. And isn’t that just the best? I don’t have to be a good, I just have to sing because when I don’t sing, people notice. (Side note: Even though I sing around the kids all the time, I rarely sing around other adults, which is a separate issue entirely and probably worthy of its own blog post.)

By showing up and doing something, regardless of quality or outcome or external measure of “success,” but simply because of the joy and possibility that “something” brings, we can give a scream a loud “F*CK YOU!” to all our doubts and fears and worries about being good enough. Being good enough never really mattered anyway. Because there is no such thing as good “enough.”

It is in the Showing Up and the Doing , no matter how tired or scared we are, that we are able to fly with the wild geese or paddle our way to shore.

Angie McMonigal Photography and I are offering a free, one-week writer’s workshop based on our Photo Inspiration Challenge that is geared toward non-writers and novice writers. I know that some of the people who have signed up are scared (maybe even terrified) about writing in a group, and yet they are willing to show up anyway and practice. They are flying and paddling. Isn’t that amazing? 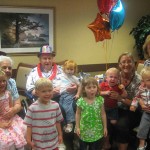 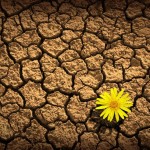 For the Ones In the Muddy Trenches on Mother’s Day