I have spent hours of my life – maybe even days – staring into pools of cold water.

As a former swimmer, most of my mornings during high school and college began with a two hour practice before the sun came up. My teammates and I would shuffle into the locker rooms in a half-asleep daze, change into our suits, and slowly meander onto the pool deck. There, we would find a warm-up set written on the chalkboard or a piece of paper prominently displayed for all to see. We were expected to begin as soon as possible, jumping into the cold water and preparing ourselves for an ass kicking workout.

Even though I generally arrived on time for practice, I was rarely the first one in the pool. In fact, I was often one of the last. For several minutes, I would stand on the edge of the pool, staring and watching, complaining and second-guessing.

Just jump in already, I willed myself. Cap and goggles on, I would watch the swimmers who were already in the water swimming across to the other side, flipping, and then swimming back again. Back and forth, back and forth.

My arms wrapped tightly around my waist, or atop my head in a feigned attempt to adjust my swim cap, I would stare at the swimmers moving gracefully through the water. What the fuck are you doing, I would ask myself. This is such a waste of time. It is 5-fucking-30 in the morning. What is the point of this? Does it even matter that I’m here?

Every few minutes, one of my teammates would make her way back to my side of the pool. Her head would tuck down, her legs would swing up smoothly in a swift flip turn, and a few drops of cold water would splash on my feet.

This is fucking ridiculous! You could be back in your warm bed sleeping, I would bemoan. Instead you are here, about to jump into a FREEZING COLD POOL and get your ass kicked for two hours, with a bunch of swimmers who are clearly so much BETTER than you, FASTER than you, FITTER than you. You aren’t even any good. Why, in God’s name, are you doing this?

Whatever the reason, eventually – regardless of how long I had been awkwardly standing on the edge of the pool watching – I would jump in. I would swim the laps. I would train my ass off. Mile after mile, day after day, year after year.

I have always thought that any “success” that I achieved in the pool during my swimming years (which is, of course, relative depending on your perspective) was due to the countless hours spent training, the thousands of miles tracked swimming back and forth and back and forth, the weights lifted and the sit-ups endured. But really, looking back, I realize that every success – every single one – boils down to the decision to JUMP IN.

For the past few months, I have felt like I’ve been standing on the edge of the pool again, watching all of the others, the better and stronger ones. I’ve been watching and comparing and questioning. Why are you doing this?, I ask myself. Why are you spending so much time writing when you could be doing so many other others, not the least of which is sometimes sleeping in my warm bed? What is the point? Does it even matter? Does anyone even care?

I’ve stood on the edge, doubting and criticizing and questioning. I’ve dipped my toes in here and there. I’ve waded into the shallow end on occasion. But for the most part, I have been standing on the edge not jumping.

Something tells me I’m not the only one to suffer from this kind of self-doubt paralysis, this standing-on-the-edge-and-not-jumping-in conundrum. And this doesn’t just apply to writing, for that matter. Any career or lifestyle choice or major decision is fair game, I think. We question, doubt, compare, and self-criticize.

Stay the course and put on blinders, people recommend. Play your own game is excellent advice. Stay in your own lane is another oft-used sports-related metaphor.

There are so many unknowns for me right now, so much that is up-in-the-air. I’ve been toying with the idea of starting a second book, but am I ready? If so, what direction should that book take? I know that I need to market Open Boxes more aggressively, but where do I start? I want to make a career out of writing, but what does that even look like? Does it mean more freelance writing? Or more blogging, more books, more speaking engagements?  Should I play it safe and write what I think readers want to read, and if so, what is that? Or I write what is in my heart and on mind, on the off-chance that someone out there might be thinking or feeling the same thing?

I’ve been standing on the edge, staring down all of these questions and uncertainties. I’ve been trying to figure out a strategy and come up with a game plan. I’ve been watching others and comparing and self-criticizing. And you know what? It just isn’t working. And, quite frankly, I’m getting tired of standing here on the edge.

Maybe I don’t need to have a game plan or know exactly where my lane is. Maybe I just need to jump in. Because it seems like the only thing that gets accomplished by standing on the edge is wet toes.

Sometimes it is enough to do the Next Good Thing. Whatever that might be. And then do the Next Good Thing after that. Not every decision needs to calculated or intentional; we don’t always need a strategy. We can try something and if it doesn’t go as planned, we learn from it and try again.

Right now, my Next Good Things include things like writing blog posts and joining online writing groups. Spending time with Matt and the boys. Going to church. Walking the dogs. Reconnecting with old friends. Reading books. Writing what I want regardless of whether it fits into some kind of marketing plan or has the potential to go viral. Writing every chance I get, when I want to and even when I don’t think I want to.

Doing the Next Good Thing means quieting the noise and listening to my own voice. Sitting with my thoughts a little longer. Having conversations about hard things and, when I do, trying to listen a little bit more than I talk.

Doing the Next Good Thing means JUMPING IN. Cold water and ass kicking be damned. 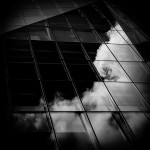 Talking to the Clouds 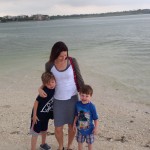 What We Really Want to Hear