Author’s Note: I have had a version of this post – originally an essay – on my computer for weeks. While I worked to find the right home for it, I continued editing and tweaking. I submitted to various publications, asked writer friends for advice, and edited some more. Something felt missing to me, however; I just couldn’t put my finger on it. Then last night I realized that what I had been trying to write in an indirect way were all the things that I should be saying directly. I had written those previous drafts with a fair amount of detachment, using words like “she” and “her” instead of words like you and me and us.

So late last night I re-wrote it one final time, not as an essay or blog post, but as a letter directly to my friend. “My letter to you,” I said when I emailed it to her. I wasn’t sure if I would post this at all, but after talking to my friend about it, we decided to share it. I say that “we” are sharing it because, even though I have written these words, she has entrusted me to be the voice for so much her story. We are sharing it in the hopes that others will find comfort, healing, and hope if they or someone they know is dealing with cancer, illness, or any struggle, for that matter. Let’s make something beautiful together, friends.

A little over a year ago, you were diagnosed with breast cancer. People often use the word “life-changing” for things like this and, though it sounds a bit cliché and trite, that is the only word that comes to mind right now.

I need to apologize for the considerable delay in writing all that will follow. I usually turn to writing as a way of sorting through my emotions, of trying to make sense of a senseless situation, but since your diagnosis I have written very little about it. I’ve avoided the subject, in large part, because much of the story isn’t mine to tell. You are the one who has lived it, who is living it. You are the one for whom the term “life-changing” accompanies, not me.

But there is another reason that I have avoided putting it all into words. I’ve avoided writing about it – even in my most private of journals – because it felt too raw, the questions were too scary, and the lack of answers was too maddening. Like pressing on a bruise, if I probed too much or tried too hard to answer the questions, I winced with a sharp intake of breath. The human heart and mind can only handle so much, after all. The depth of the unknowns were too deep, and pressing was too painful, so I focused instead on the task at hand – taking care of you, my friend.

My fears and questions, large and dangerous, bounced around like lead ping pong balls, leaving dents and more bruises in their path. Over time, the questions developed their own aura, almost like an unnamable but unmistakably present scent, lingering in the room. And frankly, there were times when I worried that the questions – not to mention the lack of answers to most of them – might not cause a million miniscule fractures in you and me and us, cracking and splintering until our friendship was nearly unrecognizable.

Not surprisingly, when you first told me that it might be (and then that it was) cancer, many of my questions were medical in nature. What stage? What’s the prognosis? When do you begin treatment? Other questions were more practical. What do you need? How can I help? When can I visit?

But there were also all the unspoken questions that lingered heavy in the air, infusing every conversation with the knowledge that there will forever be a “before” and an “after” to the relationship. How will this affect our friendship? How will our relationship change? Will I be the friend you need me to be or will I somehow fall short? And, perhaps scariest of all, will you be okay? Like live-to-be-an-old-lady okay?

As soon as the diagnosis came, your entire world shifted on its axis, and in turn, so did the worlds of those who love you. Thrust into a new landscape, we were treading through unchartered territory. Though we’ve known each other for 30 years, and our friendship has been through some serious shit, it has not been through anything as shittasticly shitty as cancer. And at the back of my mind sometimes, there was tiny little whisper wondering what this would do to our relationship. Would our friendship emerge stronger, fused together in a way that only the scars of hardship can do? Or would this rocky terrain create fissures that might not be stitched?

Of course, many of the weightiest questions weren’t mine, but yours, and I was simply a conduit through which the questions were voiced. You asked me if I thought you needed a second opinion. (Answer: yes.) You asked if you should get a double mastectomy or single. (Answer: I have no idea.) You asked about the etiquette on cancer gifts, whether you needed to send a handwritten note right away. (Answer: No, you’ve got a pass.) And you asked one of the hardest questions of all: Is this happening to me? Is this REALLY happening to me?

I hated that we lived so far away from each other, though we texted on a daily – sometimes hourly – basis. Sometimes I raged with you. Sometimes I asked more questions in return. Sometimes I wrote “I love you” or “goddamn stupid f*cking cancer,” depending on the situation. When we talked on the phone, I listened and cried. You would tell me to stop and I stopped. Then we would go on talking like usual, except that “usual” included words like port and mastectomy, information about biopsy results and chemotherapy schedules.

Some of the questions in the past year fed my curiosity. When I stayed with you during your first round of chemo, the first thing you asked was, “Do you want to see them?” “Hell yeah!” was my immediate answer and we sneaked into your walk-in closet so you could disrobe. Your body looked beaten and wounded, but you looked more powerful and beautiful than ever, like some kind of cancer-killing, shape-shifting superhero. A few months later, just before your final reconstruction surgery, you asked if I wanted to see what they looked like, and my answer was again “Hell yeah!” We raced off to the restaurant bathroom like two giggly teenagers where you lifted your shirt and we debated size, shape, and softness. You no longer looked beaten and wounded, but you still looked powerful and beautiful.

Since your diagnosis, I have worried constantly about bringing up my own trivial questions and problems. Do I have a right to complain about my children or job stress? Do you want me to ask you for fashion advice anymore, knowing that in the grand scheme of things which shoes I take on vacation are of absolutely zero significance? Does any of this really matter?

I wish I could say that there weren’t questions with a trace of doubt and second-guessing, but it would be a lie not to admit to having those thoughts as well. I wondered why you cared so much about your hair and continued to use the cold caps even though they made you so sick. Isn’t your body going through enough?, I wondered. Don’t you feel beautiful enough, strong enough, loved enough without hair? But in the end, those weren’t my questions to answer, much less ask. The only questions I needed to ask were: How can I bear witness to your pain? How can I hold space for the discomfort? How can I make things a little bit easier?

But most importantly, perhaps, I’ve learned that I shouldn’t have feared the questions, their lack of answers, or pressing on the bruise of uncertainty. In fact, I should have welcomed the questions, pressing harder, saying what needed to be said.

In other words, how can we build something beautiful out of this?

Perhaps we already are making something beautiful out of it. 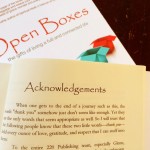 Gratitude, Giving, and a Giveaway 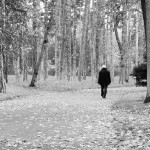 In Defense of Wandering

Questions, Answers, and Friendship on the Internet

A Letter to Back-In-The-Day Friends