The phone rang in our motel room around 9 a.m., startling us all. In 1987, motel room phones only rang if it was a wake-up call or a noise complaint.

Unfortunately, it was neither.

My mom answered the phone, sitting sideways on the bed next to the nightstand. She talked quietly for a long time, too long. Meanwhile, my brother, sister, and I jumped on the beds, watched television, and begged her to get off the phone so we could head off to the amusement parks.

She eventually hung up the phone. Finally, I yelled, assuming that she would apologize for talking so long and we would be on our way in a few minutes. Instead, she burst into tears, ran to my dad, and sobbed into his chest for several minutes.

I had never before seen my mom cry.

Words like plane crash and fire and Detroit stumbled out of her lips in ways that didn’t make sense, but eventually it came together: My grandpa had been in a plane crash in Detroit. A plane crash.

Over the next few days, the information expanded a little, always in snippets overheard while the adults talked in hushed voices. The pilot had previous citations, I heard someone say. He shouldn’t have been flying, someone else said. One of the passengers had taken an earlier flight home to surprise his son at his Little League game, my mom had heard.

Needless to say, when you are 9 years old and your grandpa is in a plane crash, you have lots of questions. Did the passengers know where the exits were? What happened to those who couldn’t get out? Is it really safe to fly? And why don’t all planes fall from the sky?

And when you are 37 years old, you have even more questions.

Most of my knowledge of what happened that fateful afternoon comes through the lens of my 9-year-old self, with some additional information gleaned from the scant newspaper articles that have long since yellowed with age. The plane had tilted to one side on landing, the wing clipping the ground, causing the plane to flip over and slide before it smashed into a concessions truck right in front of the terminal. Nine of the 16 people on Northwest Airlink Flight 2268 from Cleveland to Detroit died on March 4, 1987. My grandpa, a lifelong smoker who had been sitting in the rear of the plane in the smoking section, did not.

I asked a few questions at the time, but when they went unanswered. I quickly learned not to ask anymore. Some things were too hard for my mom to discuss; this was her dad we were talking about, after all. Other things she just didn’t want us to know, things that weren’t meant for children’s ears. So the information was spotty and filtered, peppered with holes. It excluded all the words a mother in the middle of life—still daughter, now mother—leaves out because she is trying to protect her children and because she still needs a little protecting herself.

As a woman in the middle right now, this is something that I not only understand, but respect. There are some things that children just shouldn’t know about, not yet. And there are some things that are so traumatic, so devastating, so confusing that we, as adults, still can’t make sense of them. How does a mother answer her daughter’s questions about death and God and why bad things happen to good people when she doesn’t know the answers to those questions herself?

Over the years, my questions grew and changed. Did the passengers talk to each other, maybe about work or their children or the weather? Did they know where the exits were? Had they remembered the pre-flight safety lesson? Or had they been flipping through their People magazines, sipping their cocktails and inhaling the smoke that wouldn’t kill them just minutes before the smoke that would? What did it feel like to be in a plane as it flipped and burst into flames? What did it feel like to be on fire? Did life really flash before one’s eyes? Did they pray to be saved in those final minutes? And if so, whose God did they pray to and why didn’t God answer those prayers?

Eventually the questions subsided, however. The incident receded into the background of our family’s history and my own self-absorbed teenage years became consumed with concerns about sleepovers, makeup, and boys. The crash faded into the distance, taking with it my questions.

But recently, the questions have returned. Maybe it is the natural progression of life that causes us to wonder more about death the older we get. Maybe it is because my husband travels for work from time to time, and I worry. Always I worry. Or it could be because my oldest son is almost nine, the age I was when the crash happened, and I am now in that poignant middle place as both daughter and mother.

Whatever the reason, some of the old questions have returned, along with lots of new ones. What did my grandpa think in those terrifying moments of impact? How did my grandma react when she got the telephone call? And how did this catastrophe impact my own parents’ marriage? Were the survivors ever able to forget, or were they forever haunted by the crash?

Some of these questions can be (or could have been) answered. My grandpa made it out of one of the exits, limbs on fire. He lived another two and half decades. He lived to see four of his grandchildren get married, and to meet six of his great-grandchildren. He lived to celebrate his sixtieth wedding anniversary. He exited the plane and he lived. And while I can no longer ask him some of my questions, I can ask my mom and my grandma with certainty that they would answer the questions they protected me from when I was a child.

But what I am finding, as I become further entrenched in this middle place—watching my parents get older, comforting friends whose parents have died, answering my kids’ questions about death and God and heaven, and feeling days and years slip by in a flurry of homework assignments, carpools, deadlines, and work meetings—is that most of my questions about the plane crash are the ones that don’t have any answers.

I wonder about the father who, I had heard, took an earlier flight home to see his son’s baseball game, the man who was planning to play racquetball with a friend that night, and the husband with a wife and two toddlers waiting for him at home. Who were they? What were they like? Did they say “I love you” one last time before they boarded the plane? Or were their last words rushed and tainted with the chores of daily life? Things like sales meetings and doctor appointments and did-you-send-my-mom-a-birthday-card reminders? And why weren’t their lives spared? Why did my grandpa get to live and they didn’t?

And what about the ones who were left behind? The little boy, about my own age, who was getting ready to play in a Little League game while his father’s plane crashed to the ground. The friend waiting with a racquet in hand at the athletic club for a partner who wouldn’t show up. The wife with two screaming toddlers clinging to her legs as she prepared dinner for a husband who would never walk through the door. How did they survive? How did they wake up the next day and the day after that and the day after that, knowing that life as they had known it was gone, permanently altered? How did they go on?

My mom and I recently pored over old newspaper clippings, searching for answers and trying to understand more about what had happened and who had been affected. But given that the crash happened before the age of the Internet and the information was rather limited, we ended our investigation asking more questions than we answered. Questions that might not have any answers.

But what I am learning as I muddle my way through The Middle—feeling scared and safe, uncertain and confident, confused and wise all at the same time—is that it is OK for some questions to be left unanswered. It is OK to say “I don’t know” and hold on to a little mystery. It is OK to roll the dice and take a few risks now and then, just like it is OK to plan for the future and play it safe sometimes. It is OK to feel like we don’t have all the answers, or any answers for that matter.

The only thing that really matters, the only thing that ever matters, is that we love big and love strong, as if our exit could come at any time. Because, of course, it could. That question has been answered. That much is certain. 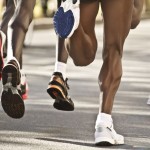 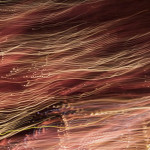