When I first moved to Chicago 13 years ago, one of the things that intimated me most was the CTA train system, commonly known as the L. Up until that point, my modes of transportation consisted primarily of car, bus, bike, my own feet, and occasionally an airplane. I hadn’t ever traveled by train and, given the number of trains that run through the city, I was initially overwhelmed by the number of intersecting train lines and various options. Should I take the Red line and walk a few extra blocks to the office? Or should I take the Brown line, knowing that it’s a bit slower but stops closer to my destination? Or what about the Purple line and then a transfer?

I quickly figured out the Red line was faster, though often more crowded, smelly, and hot (especially in the summer). The Brown line was slower, but more comfortable and less crowded. And I learned sometimes, if the timing was just right, I could take one line for a few stops and then quickly transfer onto a different line, thereby maximizing my commute efficiency.

Sometimes I made the wrong choice, and the train I was on would stall or become extra crowded. Sometimes luck was on my side and my commute would be smooth, efficient, and relatively hassle-free. Usually it was somewhere in the middle.

Lately I feel like I’m staring at that colorful CTA map of the L train lines again. As a family, we are transitioning from the school year to summer vacation. We are experimenting with a (mostly) unscheduled summer this year, which both excites and terrifies me. Professionally, I’m at a crossroads as well, unsure of where and how to direct my attention and focus my priorities. There are too many questions, too many variables, too many options.

The luxury of having options in the first place is not lost on me, and perhaps that’s why I’m taking the questions of “what comes next?” and “what should I do?” so seriously. I don’t want to want to waste any time or squander my life away on misguided efforts. I want to be selective about where, how, and with whom I spend my time, energy, and attention.

At least that’s what I’ve been telling myself.

But really it boils down to this: FEAR. I’m afraid of failing and falling, of making mistakes and embarrassment, of disappointment and rejection, of missing out and being left out.

Because all of those specific questions of one thing or another can be narrowed down to one universal question: Am I making the best use of this one precious and fragile life of mine?

And I’m sometimes not sure of whether I can answer that question in the affirmative or not.

In the railroad world, the third rail is the extra line that runs next to the existing track and provides live electric current to the trains, but the third rail is often used to refer to anything people don’t want to talk about because the issue is too controversial. Most often used in political context, I have also heard the third rail used to describe marriage and sibling relationships, as well.

And here’s another third rail of life: FEAR.

We don’t want to talk about fear, let alone admit that we might feel scared or worried or sad or frustrated. We paint on a stoic smile face, pretend that we have things figured out, and go about our business.

A few months ago, I wrote a post about the secret parents are too afraid to share, which is basically that – at least some of the time, maybe most of the time – we have no have no freaking idea what we’re doing. But I don’t think that this secret applies just to parents. We’re all a little scared, I think . We’re all figuring things out as we go along, with the information we have at hand. But this fear of admitting that we’re winging it much of the time, that we second guess ourselves and wonder if we’re making this best use of our one precious life, that we aren’t always sure if we’re making the right decision, this is the ultimate third rail.

Last Sunday, I was “verger” at church, which is basically a fancy way of saying that I sat up front to light the candles at the appropriate time. Since the service was a goodbye of sorts for a beloved member of our church community, there were lots of tears, including my own. Afterward the service, a friend joked with me and said, laughing, “I thought you weren’t supposed to cry if you sat up front.”

“Just think of it this way,” I said. “You didn’t feel like you had to hold your tears in if the ones up front were crying too, right?”

And that’s the thing about fear: when we acknowledge it, we remove some of its power; when we admit to it, we lessen the burden that fear has over others as well.

And so, in an attempt to diffuse some of the electric charge of the third rail, I’m writing this as an acknowledgement and declaration of the fear, confusion, and overwhelm. (And yes, I know that overwhelm isn’t really a noun, but let’s just go with it.)

The way I see it, there are two ways of dealing with the fear and confusion. I can either let the zigzagging options, doubts, fears, and questions paralyze me, with me standing in the station watching train after train go by. Or I can stop all the second guessing, accept that I will make mistakes, forgive myself when I do, and just do the Next Good Thing. It might turn out to not be the best thing or the perfect thing, but it will be something. It will be a good thing.

And so I’m trying. I’m stumbling and I’m learning. I’m trying to do the Next Good Thing. I’m writing this blog post, knowing that it might fall flat but hoping that it will resonate with a few people. I’m writing more in my journal and less on my website. And my friend Angie and I are putting together some online workshops, a process that has had a far steeper learning curve than I expected. We are trying, adjusting, learning, growing.

I may not have answers to all of my this-or-that questions. I may still be overwhelmed by the options and possible paths. And I’m certainly still scared as hell, but I suppose the only thing I can do is the Next Good Thing. Whatever that is, whether it’s big or small, left or right, this or that.

Because as long as the Next Good Things is done with a pure heart and an open mind, it can’t be wrong.

What is your Next Good Thing?

This post is part of the weekly Photo Inspiration Challenge with Angie McMonigal Photography. The premise is simple: Angie sends me a couple of photos and I write a blog post based on one of the photos. It is always fascinating to see what words her images bring out of me. Not only have Angie’s photos served as inspiration for several blog posts over the past three years, but they have also inspired certain chapters in Open Boxes and I am grateful that her photos will also be used as creative inspiration for various online writing & creativity workshops. 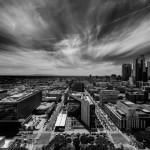 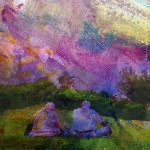 On Growing Up, Growing Old, and Being Stupid Together

A Foggy Street or a Sandy Island